Skip to content
Worcestershire LEP / About WLEP / People / WLEP Board

The Worcestershire LEP Board is responsible for good governance and decision-making and is tasked with establishing  and driving the county’s strategic ambition, objectives and priorities and ensuring the delivery of projects funded under the Worcestershire Growth Deal.

Board members are drawn from both the private and public sectors and are leaders, advocates and ambassadors for Worcestershire’s economic prosperity. 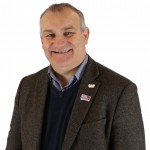 Gary is driving forward the Worcestershire LEP and leading an Executive Team to support the WLEP’s ambitions and delivery of the WLEP business plan.

Gary is an innovative leader.  Galvanising business leaders across Worcestershire together with local authority and educational leaders, Gary has consistently achieved success in his role.
This builds on his previous record as Head of Policy and Education at Herefordshire and Worcestershire Chamber of Commerce, from which he has brought with him a wealth of business insight and networks as well as considerable experience of Government policy and delivery. Educated at the University of Wales, Cardiff, where he obtained his degree in Leisure and Recreation Management, and the University of Gloucestershire, where he studied for his postgraduate diploma in Business Administration, he previously worked for Gloucestershire County Council’s market towns and economic development arm, overseeing regeneration. 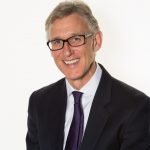 Carl Arntzen (Chair of the Employment and Skills Board)

Having studied Mechanical Engineering at University, Carl originally joined Worcester Bosch in 1985 as a Design Engineer, before moving into Product and Marketing Management.

Following the acquisition by Bosch in 1992, Carl spent three years working in Germany on the Group European product strategy, before returning to Worcester as Service Director, to run the After-Sales organisation. 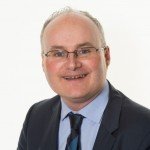 Cllr Geraghty has been a County Councillor since 2005 and a City Councillor representing the St Clement Ward from the year 2000. 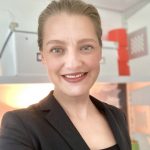 Jane Britton is the Director of Communications and Participation at the University of Worcester.

Her role includes strategic leadership at a senior executive level in many areas across the University. As Director of Communications and Participation she has specific responsibility for Student Recruitment, Strategic Marketing and Market Research, Corporate Communications and Alumni and Development. 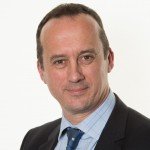 As a Business, Marketing and Economics educator and researcher, Stuart has enjoyed a 30 year career working within the College, University and School sectors as both a teacher and leader. For more than twenty years he and his colleague Professor Michael Brown were responsible for the annual Britain’s Most Admired Companies, benchmarking research that appears in Management Today.

As Principal and Chief Executive of Heart of Worcestershire College, created from the recent merger of North East Worcestershire College and Worcester College of Technology, Stuart is responsible for a £40m turnover organisation that employs circa 1,000 people and will provide technical, vocational and professional education opportunities for circa 20,000 learners on full-time, part-time and work based further and higher/professional education courses. 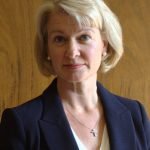 Cllr Karen May is Deputy Leader of Bromsgrove District Council and Portfolio Holder for Health and Wellbeing, Economic Development and Regeneration.

During her time on the Council Karen has been Vice Chairman of the Overview and Scrutiny Committee, sat on the Planning Committee, Licencing Committee and the Artrix Holding Trust.

Karen believes it is a great privilege to represents her ward and is available to help her residents with any issues they may have.

Karen May – Declaration of Interest 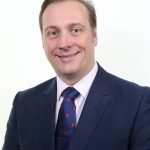 Cllr Marc Bayliss is the leader of Worcester City Council where he has been a councillor since 2002.

Marc is an experienced economic researcher and strategist with background in both public and private sectors having been managing director of Worcester Research Limited. 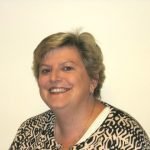 Sue is an experienced board level HR Director, with over 30 years’ experience in a range of Senior Leadership roles.
She has worked in the Retail, Logistics, Utilities and Rail sectors for a number of leading UK and European Companies.
Sue sits on the ACAS council and is a Trustee of a number of charitable organisations. 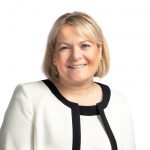 Jennifer started her career training initially as an accountant at Price Pearson and became integral in
the design, marketing, selling and supporting of their first software product ‘Tax Shield P11D Manager’, a product that continues to serve over 800 companies globally ranging from blue-chip PLC organisations, through to medium and small SMEs.

With a background in marketing, accounts, project management, and the design of technical cloudbased software applications, Jennifer trains in both the UK and USA with Adobe, Google and Microsoft and is a Fellow member of the Institute of Direct Marketing. She is IT and Marketing Director for Price Pearson Chartered Accountants and Managing Director for IceBlue, a technology focused digital marketing, bespoke cloud-based applications and Microsoft Azure infrastructure company based in Worcestershire.

Passionate about local business engagement, and Innovation she has been integral in the design and drive behind the award winning “find it in” business portals and has led the delivery of hundreds of “meet the buyer” events focused around large, local infrastructure projects for Worcestershire, Birmingham and the Black Country.

She is an active board member of Re-Wyre in the Wyre Forest and an advisory board member for BetaDen, Worcestershire’s Tech Accelerator for entrepreneurs and scale up businesses. 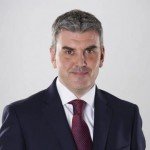 John is the owner of GJS Dillon Commercial Property Consultants.

He has many years of experience within the property industry with roles such as Chartered Surveyor and Directors with Andrew Grant Commercial and Lambert Smith Hampton. 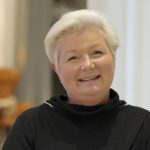 Julie Snell has 30 + years’ experience as a business leader having successfully established new technology markets and leading technology innovation in telecoms / digital IT.

Julie was part of the leadership team that developed BT’s first public Wifi project, BT Openzone. She spent five years on the board of the global telco group Wireless Broadband Alliance, two years as Chair. In 2017, Julie was appointed as director and CEO of Bristol’s Smart City infrastructure and computer network company Bristol is Open. 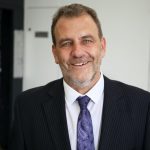 Jeremy is the Chief Operating Officer of Mettis Group, the global designer and manufacturer of precision-forged, machined and assembled products for aerospace, defence and other sectors.

He has been instrumental in the rapid growth of the company, doubling turnover in six years, through robust performance systems, innovation and advanced automation. He has overseen more than £25 million in capital investment and is proud of Mettis’ new, state-of-the-art UK factory.

Previously, Jeremy was Vice-President of Industrial Operations for Airbus in the UK, held several senior roles at BMW and Land Rover and was Process and Collections Director at Royal Mail, helping to transform operations ahead of the company going public.