The bid is for the next round of the Government’s Growth Deal funding with the Worcestershire LEP having already secured £54.2m in previous funding rounds to support economic growth in the County.

The Growth Deal funding supports the implementation of Worcestershire’s 10-Year Strategic Economic Plan, which all partner organisations endorse, and the most recent statistics for economic growth show that current activity is working. In recent years, out of all 39 LEP areas, Worcestershire has ranked:

Projects from the first rounds of the Growth Deal are already creating jobs and are on track to deliver an extra 4,000 new jobs and are leveraging private and public sector funding. Current intelligence also suggests that Worcestershire will exceed the target of £2.9bn growth in Gross Value Added (GVA) by 2025, with GVA being the economic value of goods and services produced in an area.

Growth Deal funding is already helping to improve road and railway networks across the County, for example, contributing to the development of the new Worcestershire Parkway Station, Southern Link Road improvements and flood alleviation programmes in key congestion hotspots. Hoobrook Link Road developments are improving access to South Kidderminster Enterprise Park and Pershore Lane enhancements are providing access to Worcester Six, a site which when complete will bring 5,000 new jobs.

Existing Growth Deal finance is also further developing skills with five skills capital programmes which includes investment in a new £1.5m facility for up to 200 extra engineering apprentice engineers in Redditch, as well contributing to the extension of the Superfast Broadband roll-out so that 95% of premises can access the technology.

The ambitious bid for the third round of Growth Deal funding could now potentially see a range of programmes being supported, for example, an International Centre for Inclusive Sport, Physical Activity and Health at the University of Worcester which would leverage internationally-renowned local expertise to set a global benchmark in inclusive sport and supporting Worcestershire County Council for infrastructure schemes such as A38 Corridor improvements to accelerate the delivery of housing and job growth and Pershore Northern Link Road developments which would enable development of 9.5 ha commercial land for agri-tech development and support growth along the North Cotswold railway link from Worcester to London.

Other potential projects include a new engineering faculty working in partnership with Heart of Worcestershire College, possible further expansion at Malvern Hills Science Park and extension of the successful Worcestershire Growth Fund with grants to support the expansion of local businesses, leverage private sector investment and the creation of jobs.

Gary Woodman, Chief Executive of the Worcestershire Local Enterprise Partnership, said: “We know that this is a funding stream which is oversubscribed many times over, however, we believe we have a compelling case for an additional £35m due to our current successes and have submitted an ambitious Growth Deal 3 bid for Worcestershire.

“It is important to remember that the bid represents partners from across the County, who would also put forward significant investment for schemes which receive funding, with all organisations working together to benefit the long-term prosperity of the County.”

Yesterday (28 July 2016) Worcestershire County Council also submitted a bid to Government for £70m from the Department for Transports Local Transport Majors Fund for the dualling of Carrington Bridge, a scheme which is supported by all local partner organisations as well as neighbouring Herefordshire Council and Marches LEP due to the economic benefits.

Cllr Simon Geraghty, Vice Chair of the Worcestershire Local Enterprise Partnership and Leader of Worcestershire County Council, added: “Recent statistics show that Worcestershire’s economy is at the top of the tables for growth and I am confident that these proposals for extra funding would help sustain that progress and deliver real benefits for local people and businesses.

“We are determined to secure significant investment to enable us to tackle congestion along the A38 in Bromsgrove and complete the dualling of the Southern Link Road between Whittington and Powick, including Carrington Bridge. Alongside these we are bidding for smaller scale schemes that will contribute to the infrastructure required for new housing and employment sites as well as improving sustainable transport. This Growth Deal bid also provides the opportunity to secure investment for a range of other programmes to support our economy from a skills and business growth perspective, which will enable the County’s economy to continue to thrive.” 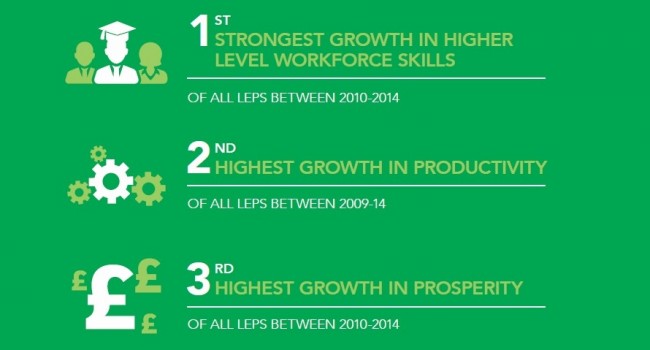