Malvern Science in the Park is set to be bigger and better than ever before as it returns for another family fun-filled day of science, technology and engineering.

From 10.30am to 4.30pm on Saturday, 30 June, Priory Park will once again become an open-air laboratory for budding scientists to launch fizzy rockets, blow enormous bubbles and mix colourful chemicals.

The free event has been organised by social enterprise Innovate Malvern and the local branch of the Institute of Physics.

When the sun comes out, those with a keen interest in astronomy will be able to image sunspots and solar prominences with the Worcester Astronomical Society.

Assuming no last-minute stellar event calls him away to the BBC’s The Sky at Night studio; Professor Chris Lintott will be giving a talk about his exciting work as an astrophysicist.

For palaeontologists and geologists, the Earth Heritage Trust will be displaying their hands-on collections of rocks, minerals and fossils, and local expert Dr Mark O’Dell will be on hand to crack open a few fossil nodules.

Science-buskers will also be demonstrating scientific principles and engineering concepts from the bandstand, including science communicator Sarah Cosgriff who will talk about physical forces and aerodynamic flight.

To make the most of the open-air setting, there will be a dinosaur trail and interplanetary trail through the park, with a microscopical treasure hunt to get you exploring.

“We need people to appreciate this beauty so that more of our younger generation follow in his footsteps and become scientists or engineers in the future.

“Hopefully we’ll sow some seeds of curiosity during the event in the park this year.”

For more information on Malvern Science in the Park, visit their website here. 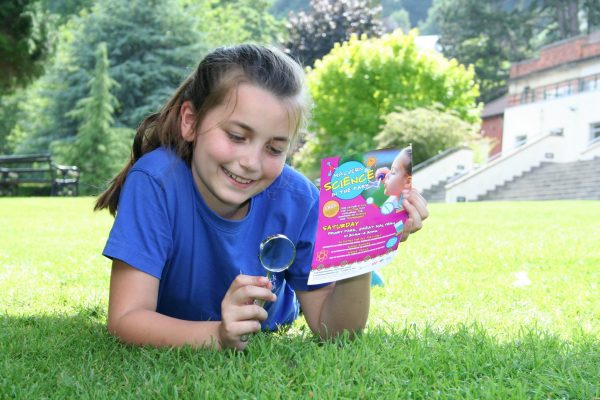 Pictured: Youngsters and families can enjoy all things science, technology and engineering at ‘Malvern Science in the Park’ on 30 June.

A proptech company which aims to be the ‘Airbnb for...

A Worcestershire-based advanced manufacturing and engineering firm has secured £250,000...