Numerous organisations in Worcestershire have pledged their support for the Worcester Big Parade 2021 campaign.

Herefordshire & Worcestershire Chamber of Commerce, which works to support the business community, has sponsored a large elephant which – along with the rest of its herd – will be clothed in bespoke artwork designed by regional and national artists.

AA Salt, a county based gritting company will also sponsor a large and an elephant calf model – with the smaller model being designed and kept by children at Bromsgrove’s Charford First School after being nominated by an employee of the firm.

At the end of the trail, the sculptures will be auctioned to raise funds for the free ongoing care and support offered by St Richard’s Hospice to those living with serious progressive illnesses as well as their loved ones.

Sharon Smith, CEO at Herefordshire and Worcestershire Chamber of Commerce, said: “We’re delighted to be involved in Worcester’s Big Parade this year, having previously supported the giraffe trail through the city and which brings back many fond memories.

“We’re looking forward to choosing another eye-catching design to grace our wonderful city and bring the whole community together once again.”

The elephants will be joined by around 35 calf sculptures – smaller, but crafted just as creatively, by students and teachers in local schools. The baby elephants will be displayed in the city for the eight weeks during the trail.

Nikki Rogers, AA Salt’s managing director said: “We absolutely loved being involved in the Stands Tall project two years ago and really wanted to show our support again in this latest initiative which I am certain will also be amazing for the city after the difficult year everyone has had.

“What we love about the project is that it not only raises much-needed funds for an amazing charity, but it also gets local school children and the community involved. This year we will be working with Charford First School in Bromsgrove and the campaign St Richards Hospice and Wild in Art have put together for children is incredible and inspiring.”

Sara Matthews, Business Development Manager for St Richard’s Hospice, said: “We’re thrilled to have the AA Salt and the Chamber on board with Worcester’s Big Parade, having benefitted from both their support for the city’s very first public art trail in 2018.

“The project is really gathering pace now, with more and more sponsors signing up to take part. It’s fantastic to see so much enthusiasm from the county’s business community.

“All our artists designs are now in, ready to be shortlisted, and we’re delighted to say that the quality is befitting of our wonderful city.  We plan to shortlist 100 designs, from around 200 submissions, and think we’ll have our work cut out for us on that.  We look forward to sharing more about the design selection process in the weeks and months ahead.”

Worcester’s Big Parade is a Wild in Art event brought to the city by St Richard’s Hospice.

While all elephant calves have now been adopted by local schools and community groups, there is still time to sponsor a large elephant. To get involved call 01905 763963 and ask for Sara Matthews, email smatthews@strichards.org.uk or visit https://worcestersbigparade.co.uk/get-involved/ 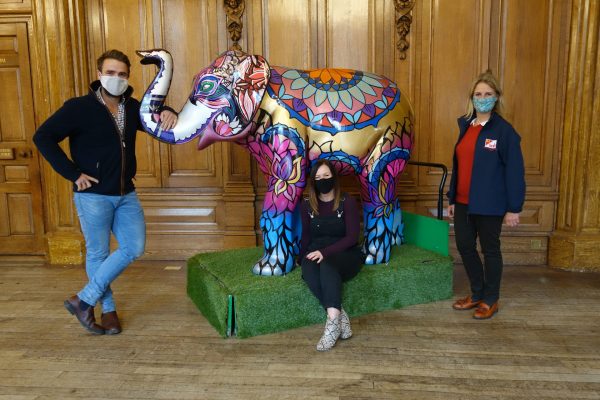 A proptech company which aims to be the ‘Airbnb for...

A Worcestershire-based advanced manufacturing and engineering firm has secured £250,000...