Construction is complete at the brand-new, landmark Worcestershire Parkway station – the first station to be opened in the county for over 100 years.

This is the process where all the new equipment and facilities are being tested and commissioned. As such this is very complex, involving a wide range of stakeholders.

Worcestershire County Council’s Cabinet Member with Responsibility for Economy and Infrastructure Councillor Ken Pollock said: “Having consulted our Rail Industry partners, we expect the new station to become fully operational early next year. The opening date for this will be confirmed as soon as possible. The station, in conjunction with the new timetable which launched this month, is set to revolutionise rail travel to and from mid Worcestershire. The positive impact it will have on our local economy and communities will be transformational.”

The station will benefit from the introduction of the new Cross Country and GWR timetable, the latter covering all GWR services across Western England and South Wales, representing the greatest change on the GWR network for over 30 years.

The 500-space car park will ensure that passengers will have no difficulty parking.

The station will also be served by the number X50 bus on its routes from Evesham to Worcester via Pershore and has taxi ranks and drop-off points.

The station also has the benefit of secure bicycle parking and a secondary pedestrian and cycle access via Woodbury Lane.

Charlotte Thornton Smith, Head of Harrison Clark Rickerby’s Worcester Office, said “Connectivity is all in business, and the new station, which is a really impressive building, will link us more easily to South Wales, the South West and London.” 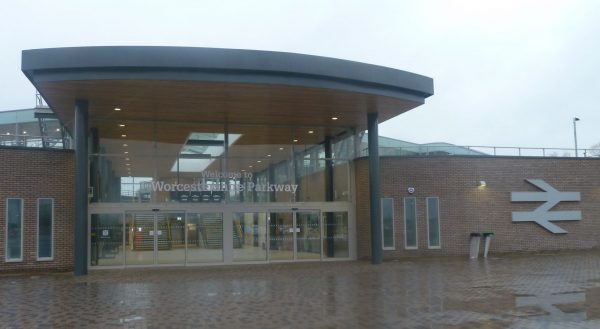