British cycling legend Chris Boardman MBE has backed a campaign aimed at encouraging people to live and work in Worcestershire.

Chris has recently opened his Boardman Bikes Performance Centre in Evesham that will offer a unique and world class customer experience for Cyclists and Triathletes of all levels, from Olympic, Paralympic and Tour De France champions to weekend leisure riders.

The 18,000sq ft state-of-the-art facility is due to officially open on Monday 30 April.

Mr Boardman, who won gold in the individual pursuit event at the 1992 Summer Olympics, said: “The great thing about Worcestershire is that it has so much to offer. It’s a fantastic place to work and do business which is why we chose Evesham as the location for our new state of the art performance centre. I’m fully behind this campaign and would urge people to leave the big city behind and come to Worcestershire to see what this wonderful county has to offer.”

The facility is designed around Boardman’s own Cycling Specific Wind-Tunnel – the first of its kind in the UK, which will sit at the heart of the site.

Worcestershire is considered to be one of the most-sought after destinations for people looking for a high quality place to live, work and invest. Jobs at the County Council range from adult and children’s social workers to highways maintenance officers.

To view current vacancies, visit the Jobs and Careers page on the Council’s website, here. 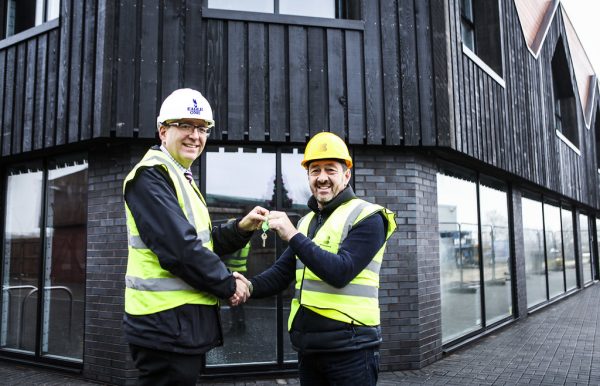 Pictured: Robin Langford from Eagle One with Chris Boardman MBE at the soon to open centre.