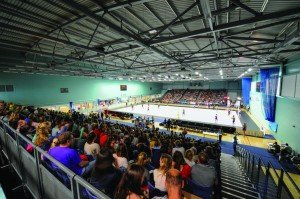 It’s important for Worcestershire that in our drive to raise the profile of the county, the Worcestershire Local Enterprise Partnership does not lose sight of the important contribution made by sporting, cultural and arts activities.

A wonderful example was ‘Strictly Worcestershire’ held at Chateau Impney last month, which our Executive Chair, Peter Pawsey, had the great pleasure of attending.  It was a truly dazzling evening, attended by more than 600 people.  Mark and Caron Steele from Deer Park Hall were the eventual victors, but all eight of the dancing couples gave the national TV show a run for its money.

Worcestershire can also be proud of its basketball team.  Following Worcester Wolves’ victory over the Newcastle Eagles in the recent British Basketball League Playoffs and their success in winning the BBL Trophy, they can justly be called Britain’s premier basketball team.

The news that plans for a £10 million Cultural Quarter on the site of the former Worcester Porcelain building have been unanimously approved by Worcester City Council is also very welcome.  With a targeted completion date of May 2015, this new development will enrich our community – and offer many jobs and opportunities for local people.   The development can only help the City Council’s bid for Worcester to be ‘City of Culture’ 2021.

All of these events, not to mention the Tour of Britain which is heading our way in September, will raise Worcestershire’s profile on the national stage (excuse the pun!).

With Bromsgrove MP, Sajid Javid, having recently been appointed Secretary of State for Culture, Media & Sport, we are sure that Worcestershire’s reputation as a cultural and sporting centre of excellence will continue to grow.  Onwards and Upwards.

Key Indicators UK Sales have seen a slight decrease of...

Video Transcript “Happy New Year and welcome to 2022 at...

Join BetaDen, the county’s Technology Accelerator, to learn more about the emerging technology...