First published (abridged version) in the Worcester News 23 May 2014. 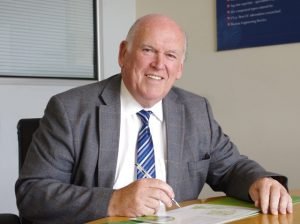 My role as Executive Chair of Worcestershire LEP often sees me enthusiastically extolling the virtues of our great county.  This has especially been the case in recent weeks when I’ve been encouraging politicians, civil servants and other decision makers to back Worcestershire’s plans for growth outlined in our Strategic Economic Plan.

I’ve been especially proud to be associated with the county recently because of the very many accolades and national awards our businesses are attracting.  Indeed, hardly a week passes when I don’t hear of one of our local businesses gaining just recognition for the work its doing.

For example, Bromsgrove-based Viezu received a prestigious Queen’s Award for Enterprise for Innovation in recognition of its carbon emissions reduction and fuel saving technologies.    Guy Mucklow, co-founder and Chief Executive at Worcester based technology company Postcode Anywhere, also received a Queen’s Award for his work in promoting enterprise, especially amongst the younger generation.

Meanwhile Eckington Manor near Pershore has scooped two major awards in VisitEngland’s Awards for Excellence 2014.  Long renowned for its cookery school, the venue is now being recognised for its outstanding food and accommodation having won silver in the Bed and Breakfast/Guest Accommodation category and bronze in the Taste of England section.

As someone who has argued that Worcestershire has for too long hidden its light under a bushel, I am so pleased that the spotlight is finally turning on us and that we’re getting the credit we deserve.

While the businesses themselves will, of course, enjoy their moment in the sun, my hope is that these accolades will benefit the county as a whole by encouraging others to come and join us in World Class Worcestershire.