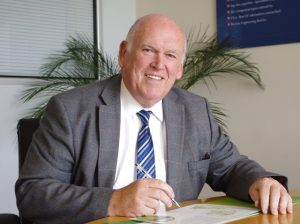 WLEP  welcomes the announcement made by Chief Secretary to the Treasury, Danny Alexander, that additional funding is set to come Worcestershire’s way to improve the M5 motorway.  The £140 million investment will bring significant improvements to the M5 and the creation of a ‘managed motorway’ system between Junction 4a (M42 at Bromsgrove) and Junction 6 (Sixways).  The resultant scheme will be similar to that on the M42 around to the NEC and Birmingham Airport.

Peter Pawsey, Executive Chair at the LEP says: “We greatly welcome the increased capacity and benefits the work will bring, particularly around Junction 6 of the motorway which is critical to our ambitions for development not only of Worcester Technology Park but also of anything else of significance across the south of the county.”

The TechnologyPark off Junction 6 of M5 is one of four key ‘game changing’ sites identified by the LEP and its partners as having the capacity to deliver major growth and jobs to Worcestershire.