One Worcestershire apprentice and three businesses were recognised at the West Midlands Apprenticeship Awards.

The following local entries won their category at the West Midlands Apprenticeship Awards:

Organised by the National Apprenticeship Service, the awards showcase many success stories and the benefits of apprenticeships across England.

Skills and Apprenticeships Minister Robert Halfon said: “Apprenticeships are a ladder of opportunity, giving young people and adults the chance they deserve to get on and fulfil their potential.

“Congratulations to everyone that has taken part in the National Apprenticeship Awards so far and the winners representing the Midlands. They have demonstrated just how much businesses and learners can gain from an apprenticeship.”

National award winners and the Top 100 Employers will be announced at a ceremony held on 20 January 2017 in London. 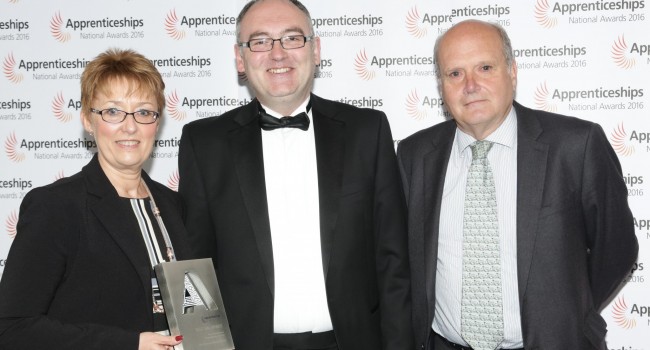 Pictured: Director of Vestia & Corporate Services, Marina Banner and Chair of the Vestia Board, David Chantler accepting the Award for West Midlands Large Employer of the Year 2016