Some of Worcestershire’s best apprentices, employers, training providers and schools have been announced as finalists at the Worcestershire Apprentice Awards 2016 and a limited number of tables remain on sale.

Finalists for each award, businesses and guests will attend The Worcestershire Apprenticeship Awards at 6:30pm, on Thursday 17 November at the Tree Tops Pavilion, West Midland Safari Park where the winners in each category will be announced.

The awards will be presented by business owner and winner of the first series of BBC’s The Apprentice, Tim Campbell MBE, and promise to be even bigger and better than last year’s awards which saw over 300 people in attendance.

A limited number of tables and spaces are on sale and spaces at the high-profile event. Seats cost £85 each and a table of 10 can be bought for £800 and those who wish to attend, are being urged to secure their places at the earliest opportunity.

A total of twelve awards will be given out to this year’s winners at the Worcestershire Apprenticeship Awards. As well as awards that recognise the apprentices and their employers, four of the categories to be awarded celebrate those who support apprentices. These are:

Minster Micro Computers
Minster Micro Computers realised that apprenticeship programmes would help solve their ongoing challenge of recruiting young and talented employees. The company strongly believe that the rewards to the organisation far outweigh any financial commitment and have seen their apprentices bring new energy and enthusiasm which has now spread across the entire team.

Vax
Due to the success of their initial intake of seven apprentices, Vax has decided to recruit a further three apprentices in late 2016. The high level of performance from their apprentices within the customer engagement team has led to 98% of VAX customers stating that this is an excellent channel and they will use it again. Vax works closely with local schools and attends the Worcestershire Skills Show which they believe helps them in their recruitment of candidates for work experience and, in turn, future apprentices.

Small Apprenticeship Employer of the Year – Sponsored by Titania

ISO Quality Services
As a previous Worcestershire Apprenticeship Award winner, ISO strongly believe that the benefits of employing apprentices to their organisation strongly exceed their expectations, which has encouraged them to carry on developing their scheme and have already proposed further expansion in order to create more opportunities for new apprentices. They believe their apprentices are exceptional and as an organisation they ensure their apprentices are fully utilised, given real opportunities and ensure their voices are heard.

DRP
DRP has a 30 year history of working closely with schools and colleges across Worcestershire. They strongly believe their people are their biggest asset and this includes their apprentices.  DRP has a strong ethos of promotion from within which has allowed them to develop talent into senior positions within the organisation. They have designed their apprenticeship programme with a defined career path in mind and ensure that each apprenticeship programme is an experience to remember.

Large Apprenticeship Employer of the Year – Sponsored by Sanctuary Group

Gary Woodman, Chief Executive of Worcestershire Local Enterprise Partnership, said: “Worcestershire’s employers provide a fantastic amount of support to apprentices across the county. The four apprenticeship employer awards recognise local businesses’ superb contributions to the development of our future workforce. I look forward to celebrating the successes of all finalists at the awards on 17 November.”

Cllr Dr Ken Pollock, Cabinet Member with Responsibility for Economy, Skills and Infrastructure at Worcestershire County Council, added: “The Worcestershire Apprenticeship Awards evening is a fantastic opportunity to celebrate local businesses’ contributions to our county’s apprentices. I look forward to celebrating the successes of employers who have committed to apprenticeships and I would encourage any local business to consider the benefits of hiring an apprentice.

For a full list of finalists for this year’s awards and for more information on employing an apprentice, visit the Worcestershire Apprenticeships website, http://www.worcsapprenticeships.org.uk/.

Those interested in attending the Worcestershire Apprenticeship Awards are being encouraged to book a seat or a table at their earliest opportunity as spaces are limited. To book a table or secure a seat at the awards, email awardsbookings@worcestershire.gov.uk. 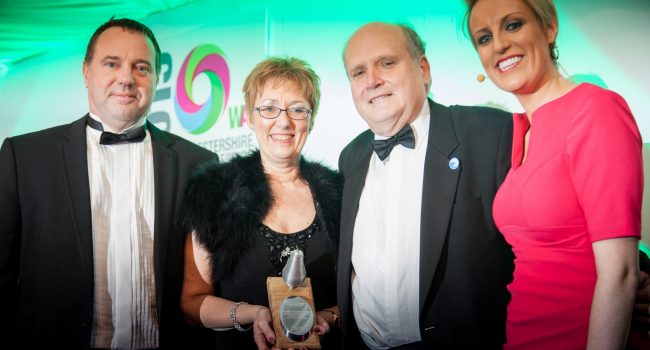