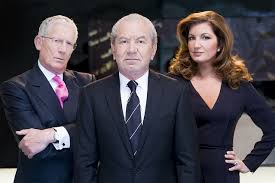 Worcestershire LEP has announced details of its new county-wide Apprenticeship Awards.  The Awards aim to recognise the best talent in the county and twelve categories are now open for nominations here.

Shortlisted nominees will be invited to attend a special Awards Dinner, scheduled to take place on 27 November at the Tree Tops Pavilion inside the West Midlands Safari Park.  Nick Hewer, one of Lord Sugar’s advisers on the hit BBC TV programme, ‘The Apprentice’, will be presenting the Awards.

Employer of the year – recognising employers who show outstanding commitment and contribution to the success of their apprentices.  Four Awards are available:

Newcomer Employer of the year – acknowledges employers who have recently invested in apprenticeships and who can demonstrate the benefits this investment has brought to them.

Apprentice of the year – celebrates apprentices’ exceptional contributions to their workplaces.  Four Awards are available:

Pre-Apprenticeship of the year – showcases the difference that an individual has made to an organisation during work experience in preparation for an apprenticeship placement through a study programme or traineeship.

Lifetime Achievement award – open to former apprentices who have made exceptional achievements and contributions to their organisation or an exemplary ambassador for apprenticeships who has had a major influence on Apprenticeship growth in Worcestershire.

The closing date for nominations is 8 August.  Judging will take place in August, with short-listed candidates being notified in September.

Gary Woodman, Executive Director at the LEP, says: “We have launched the Awards in an effort to raise the profile of Apprenticeships and to highlight their importance to the local economy.

“It is imperative that we nurture the future talent that Worcestershire businesses will need.   We have lots of high tech, manufacturing and engineering companies based in the county offering many opportunities for young people to pursue fulfilling and worthwhile careers.  An apprenticeship is often the first step along the path to  success.

“There’s so much good work going on in the county  with regard to Apprenticeships and we’re punching above our weight in comparison with other parts of the UK.  We thought that it was high time we celebrated some of these success stories.”

Sue Crow, Economic Development Manager at Worcestershire County Council, added: “These new awards are a great opportunity to celebrate the many achievements being made in terms of Apprenticeships in Worcestershire.  I would encourage local businesses, other relevant organisations and individuals to submit their nominations now. “