Herefordshire & Worcestershire Chamber of Commerce was delighted to present five Worcestershire companies with certificates last week to recognise their achievements in the regional heats of the Chamber Business Awards 2016.

Bee Lighting Ltd, Gemporia, Vision Labs Limited, RGS Worcester and Waste Spectrum Environmental Limited all won their category for the West Midlands, claiming five out of the seven Award categories. All five companies will now go forward to represent the West Midlands in the National Finals next month.

The Awards follow the five businesses success in the Herefordshire & Worcestershire Chamber of Commerce Business Awards, held in June 2016 at the University of Worcester Arena. Bee Lighting Ltd won the Small Business of the Year Award and Gemporia became the winner for the Best Use of Technology. Vision Labs Limited in Kidderminster won the Commitment to People Development Award, RGS Worcester became the winner in the Education and Business Partnership category and Waste Spectrum Environmental Limited took away the award for Exporter of the Year.

All winners were then entered into the regional heats, competing against the five other Chambers of Commerce in the West Midlands. Winners were presented with their certificates at a celebratory lunch on Thursday 13 October, where Mike Ashton, Chief Executive, congratulated the winners and wished them good luck in the national finals, taking place on Thursday 24 November.

John Pitt, Headmaster at RGS Worcester, said: “We are simply delighted to have won a Regional Award for our partnership with Business which reflects the outstanding Careers offering at RGS Worcester. Our relationship with Business is key to offering our students the best advice, work experience and career opportunities available and we are very pleased that this has been recognised in the Region as well as the two counties. We look forward to taking part in the National Finals in November now.”

Mike Ashton, Chief Executive of Herefordshire & Worcestershire Chamber of Commerce, said: “The Chamber Business Awards are the perfect opportunity to celebrate our business community’s achievements, to take stock of the outstanding performances of local companies and to inspire others to follow in their footsteps – I look forward to seeing our county’s businesses represented on the National stage in November and I wish all five companies the best of luck.” 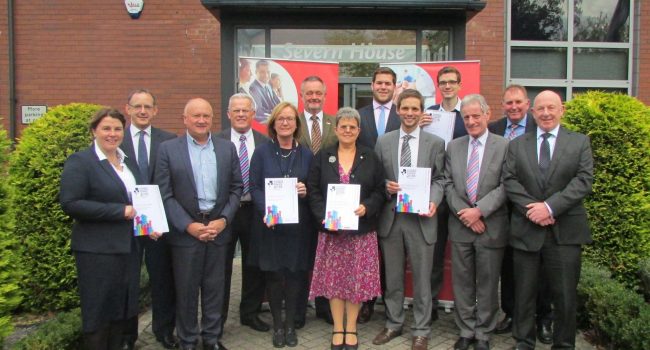