The Three Counties Defence & Security Expo 2018 (3CDSE) has proved that demand for a regional defence and security expo is high, having recorded 1000 delegates and over 100 exhibitors at the latest show.

Numbers of attendees and exhibitors at 3CDSE more than doubled this year and the event also attracted visitors nationwide and internationally. The Expo, which is in its second year, was moved from its original venue in Hereford to the Three Counties Showground in Malvern to accommodate the increased number of exhibitors who this year displayed a range of innovative products and ideas, from wearable tech to drones.

Technology was a core theme throughout the 40-strong speaker programme which presented expert speakers from the fields of military, law enforcement and the defence and security industry, including Richard Newbould of Vodafone who spoke about the Internet of Things, and Mivy James of BAE Systems Applied Intelligence who presented a compelling story about data privacy, artificial intelligence and consumer wearable tech.

Richard Morgan, Partner, Head of Litigation and Defence, Security and the Forces within Harrison Clark Rickerbys solicitors, who instigated the event, said: “It has been an honour to fulfil our Military Corporate Covenant by leading this event for the armed services and police, and the industries that support them. With significant offices in Worcestershire, Gloucestershire and Herefordshire and numerous personnel with military backgrounds and connections, we are as firm at the very heart of the UK’s defence and security innovation capability and grateful for the opportunity to give something back to those who protect our national security.”

If you would like to find out more about the Three Counties Defence and Security Expo, visit their website here. 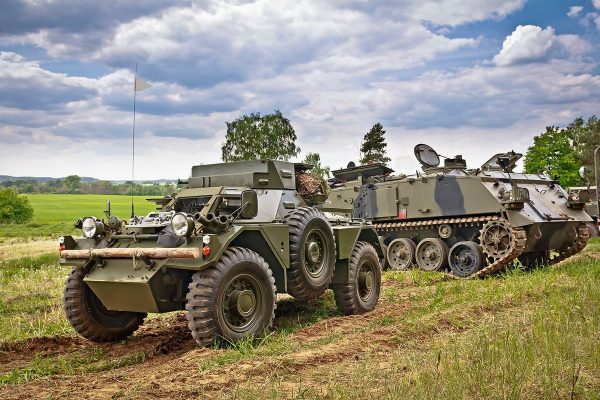 Twenty-one businesses have been announced as the finalists of the...

Are you a local business looking to go greener? Or...