Hundreds of engineers have been helping to inspire young people to become engineers as part of ‘Tomorrow’s Engineers Week’.

The engineers from a range of backgrounds all have one thing in common: their incredible work on exciting projects that make a positive difference to people’s health and wellbeing.

The engineers on a mission have been the stars of films and a unique Tomorrow’s Engineers Week Big Assembly, which offered schools across the UK the chance to take part in the same assembly on engineering careers at the same time.

Some of the example engineering careers they were recommended were; Biochemical Engineer, Toxicologist, Cancer Researcher, Software Engineer  and Computer Scientist. Students then got to hear more about some of these careers as part of the Big Assembly.

The Big Assembly will be available to download or stream on demand 24 hours after the live broadcast. Lesson plans, written by a teacher from Appleby Grammar School in Cumbria are also available for schools to use.

The engineers on a mission featured during Tomorrow’s Engineers Week, which runs from 4-8 November 2019, include:

Broadcaster Fayon Dixon, will host the Tomorrow’s Engineers Week Big Assembly for a second year. She said: “I’ve seen first-hand how engineers can make a huge difference in the world. Every year I host events for young people at The Big Bang Fair and see them inspired by engineers who are helping to develop medical procedures, keep us safe, make us fitter and even save the environment we live in!”

Jodie Smith, Professional Partnerships Lead at The Chase, commented: “We at The Chase firmly believe that encouraging more students to take science, technology, engineering and maths subjects is vital to the UK’s future success.

“The Chase was recently named one of the National Centre for Computing Education’s Computing Hub schools which will help us encourage more young people to understand the power of what they can achieve by becoming engineers in this 21st century world.”

“Whether it’s visiting a school to talk about engineering careers as part of the Big Assembly, staging an event to celebrate what engineers do or supporting Tomorrow’s Engineers Week on social media there are lots of ways to get involved.”

For more information on the campaign and how to get involved, visit tomorrowsengineers.org.uk/teweek 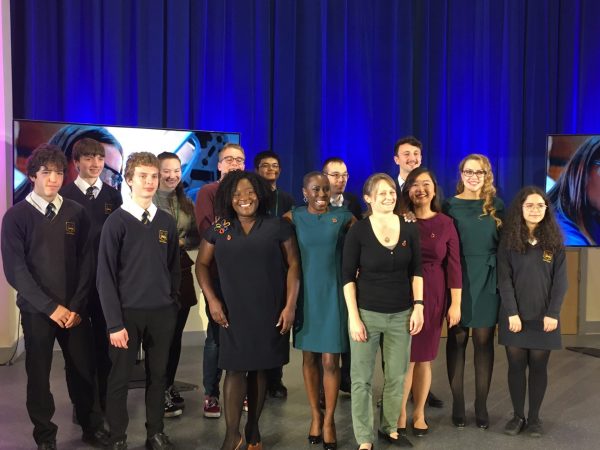 Pictured: Host and Speakers of the Big Assembly with students from The Chase School in Malvern.

Worcestershire commercial technology accelerator BetaDen, which is based at Malvern...

A leading Worcestershire employment lawyer has warned businesses across the...

Camping equipment specialist, OLPRO, has been named the winner of the...