Two new industrial units – known as Liberty 162 and Liberty 45 – speculatively built as phase one of a major £120 million development in Worcester have been unveiled by Liberty Property Trust and Stoford Developments.

The units of 162,000 sq ft and 45,000 sq ft are the first to be built at the Worcester Six site – which will eventually provide up to 1.5 million sq ft of accommodation in a range of high quality business units – accessed directly from junction 6 of the M5.

The two industrial/warehouse units are expected to reach practical completion and be ready for occupation in June. They have been designed for a variety of employment uses to include technology, manufacturing, industrial and warehousing.

The many benefits of locating a business at Worcester Six were highlighted at an event attended by property professionals, Worcestershire councillors and business organisations.

Worcester County Council expects the wider £120 million park to create around 5,000 jobs once the whole development is complete. Work on a £10 million infrastructure package for the park is also making good progress. It includes the off-site highways improvements to access the site which have been funded by Worcestershire Local Enterprise Partnership.

Andrew Blevins, managing director of Liberty Property Trust, said: “As we approach practical completion on our first two units, the quality of the product on offer is clearly evident at Worcester Six. The scheme has been received very well by the market and by project stakeholders. We hope to secure our early lettings over the summer and would encourage anyone interested in locating at Worcester Six to get in touch.”

Gerard Ludlow, Director of Stoford, said: “The completion of the first two units at this important scheme is an exciting step forward for Worcester Six and clearly demonstrates our confidence in the market.”

Nigel Hudson, Head of Strategic Infrastructure and Economy at Worcestershire County Council, said: “It is fantastic to see the first buildings delivered on W6.  These buildings are, I hope, the first of many, with the increasing development on this and other game-changing sites across Worcestershire providing new commercial buildings to support the continued economic growth of the county”.

Gary Woodman, Chief Executive of Worcestershire Local Enterprise Partnership, said: “It was great to see the Worcester Six industrial units showcased to local stakeholders. The Worcester Six and wider Worcester Growth Corridor developments will have a hugely positive impact on the local economy, by creating thousands of jobs that will benefit a variety of industries.” 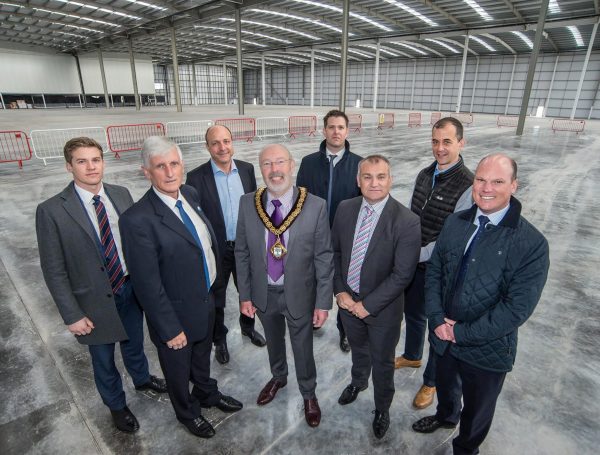