Worcestershire outsourcing specialist, the Sigma Financial Group, has announced the appointments of two new executive directors who will support the Redditch firm’s growth plans both in the UK and abroad.

Jo Regan-Iles has joined in the newly-created role of Group People Officer. The HR specialist, who previously held senior HR roles at Sitel Group, Ttec and global business service provider, Teleperformance, will be responsible for the company’s HR strategy in the UK and across its South African business in Cape Town. She will report to Group CEO, Gary Gilburd.

Utilities expert Will Brown has also been appointed to Sigma’s senior management team and joins in the new role of Director of Water Services. With extensive experience in the utilities sector through leadership roles with Thames Water and British Gas, he will lead the company’s growth with both new and existing customers across the water industry. He will report into managing director Ben Jones, who joined the business last spring.

Chief Executive of the Sigma Financial Group, Gary Gilburd said: “Jo and Will are both first-class additions and have outstanding track records and reputations in their specialist areas.

“More than anything, they bring the skills, leadership qualities and energy we need for the future. They are exactly the types of people we want as part of our leadership team. We are coming off the back of our most successful year in terms of growth and revenue and recently announced our plans to grow further over the next five years in the UK, South Africa, and into the American, Asian and European markets. Both appointments will be vital to us achieving that strategy and they are already making an impact.”

Mr Gilburd added that Sigma will add further to its leadership team this autumn with the appointment of a new director of financial services amongst other senior hires.

The news of the double appointments follows the company’s recent business update when it announced plans to double its 1,500-strong workforce over the next five years at its offices in Redditch, Birmingham and South Africa. In June Sigma also reported revenues of £4 million as it continues to cement its position as a provider of ‘white label’ contact centre services to the utilities, financial services, telecommunications and energy sectors. 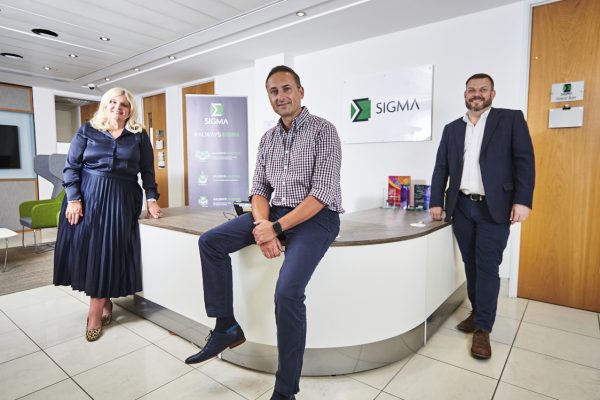