In January 2015, it was announced that the current Executive Chair, Peter Pawsey, will be stepping down at the end of his term. Peter, who has held the voluntary position since the Worcestershire LEP was formed in 2011, has seen many successes during this time.

Mr Stansfeld, who has extensive experience in the digital sector and helping companies make the transition, will take up the role on 1 March 2015. A transition period with the outgoing Chair, Peter Pawsey, will take place during March and a formal handover will take place at the LEP Board Meeting in April (2 April 2015).

Mark’s career started in the food industry at Cadbury Schweppes and then Kraft Foods, but quickly moved into technology with positions at BT, T-mobile and as Commercial Director for O2, where he was part of the board team who brought the brand to market leadership.

In addition to being Chair of the Worcestershire Local Enterprise Partnership, Mark will continue with his role as Chairman of Giffgaff, the fastest growing mobile network in the UK and a digital consultant to major consumer brands and start-ups.

Gary Woodman, Executive Director of the Worcestershire Local Enterprise Partnership, said: “I would like to take this opportunity to thank Peter Pawsey for his dedication over the past four years. During that time, we have seen many successes which have benefitted Worcestershire’s economy.

“I am pleased to announce today that following a rigorous interview process, Mark Stansfeld will take up the position as Chair in March 2015. Mark’s extensive experience particularly in the technology field and working with start-up businesses makes him the perfect person to take up the position. I have every confidence that Mark will be a success in this important role and look forward to working together.”

Peter Pawsey, the outgoing Executive Chair, added: “It has been an honour to hold this position for the past four years. Whilst there is more to do and massive further potential across the County, I am pleased with the successes that we have seen. This includes raising the profile of Worcestershire, exceeding our target of 10,000 people participating in apprenticeship schemes and the significant business investment in the County – with at least £600m of private sector investment secured since 2012.

“Worcestershire has also seen a significant increase in employment levels with 21,900 more people employed in September 2014 than in June 2011. The time is now right for the LEP to move onwards under fresh leadership and for me to focus on my other interests.  We have greatly strengthened both the main Board and the executive team under Gary Woodman during 2014 and I am confident that with Mark Stansfeld at its helm, Worcestershire Local Enterprise Partnership will go from strength to strength.”

Mark Stansfeld, the incoming Chair of the Worcestershire Local Enterprise Partnership, said: “I am delighted to have been appointed to this position and look forward to working with the team and partner organisations to continue to build the County’s long-term prosperity.

“I want to extend my thanks to Peter Pawsey for all his hard work and the many achievements under his leadership and I look forward to taking up this position in March 2015.” 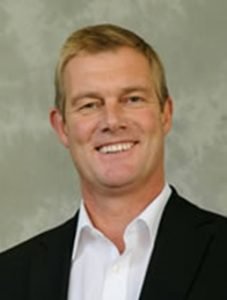