As construction nears completion, the county’s newest, and biggest, train station is about to move into the final, and most critical phase so far.

Worcestershire County Council’s Cabinet Member with Responsibility for Economy and Infrastructure, Councillor Ken Pollock said: “I’m really pleased with the progress at the station site over the last few months. A huge effort continues to be made by all concerned to get us ready for the next phase.

“This next phase will be one of the most important, and complex, of the whole scheme where numerous stakeholders, including the train operators and Network Rail, will come together with the aim of getting the station ready to open for public use.”

This Entry Into Service period will ensure that the station is fully ready to open to the public and involves the testing and commissioning of all equipment and services such as signals, communication systems, IT connections, water services, fire tank and attenuation tank, lifts, lighting and CCTV.

During the Entry into Service period, staff training will take place for both GWR and CrossCountry staff including train drivers. As the station will be a brand new stop, an in-depth schedule is in place to ensure all drivers and support staff are trained.

Over the next few weeks before the station is handed over, work will continue at pace at the station.

This work includes completion of internal fit out such as lighting and connection of all services, finishing touches to the car park lighting and the brand new footway access from Woodbury Lane.

Station signage will also be installed and the wildlife area, to the left of the station approach, will be landscaped along with other areas of the station.

The collective aim of stakeholders is to open the station following the rail industry’s national timetable change in December.

Once the station is operational, passengers will be able to access both Great Western Railway services operating between Hereford and Worcester, Pershore, Evesham, Oxford, Reading and London Paddington as well as CrossCountry Trains services between Cardiff and Nottingham.

Initially, journey times and the frequency of services to and from London Paddington will be similar to current services from Worcester Stations- roughly hourly across the day with some additional services in the peak periods.

However, the Council is working with the North Cotswold Line Task Force to secure the investment necessary to improve on this in the future – the ambition being a 2 trains per hour service between Worcester and London with 1 of these being a fast train to the capital.

Brand new services to Worcester include trains operated by CrossCountry between Cardiff and Nottingham via stations including Gloucester Central, Cheltenham Spa, Ashchurch for Tewkesbury, Birmingham New Street and Derby – these services do not currently stop at Worcester stations (they have not done so for over 30 years) and will call at the new station from opening.

The County Council and its partners are also planning for CrossCountry Plymouth-Newcastle and Bristol-Manchester services to call at Worcestershire Parkway in the future.

This will go even further towards transforming Worcestershire’s direct rail connectivity to major UK economies in the south-west, north-west and north-east.

To further these ambitions the Council has developed a comprehensive Rail Investment Strategy and is working closely with its partners in the rail industry, other local authorities and Worcestershire’s MPs.

Worcestershire LEP has invested a total of £8.3m of Government’s Growth Deal funds into the development of Worcestershire Parkway Station. 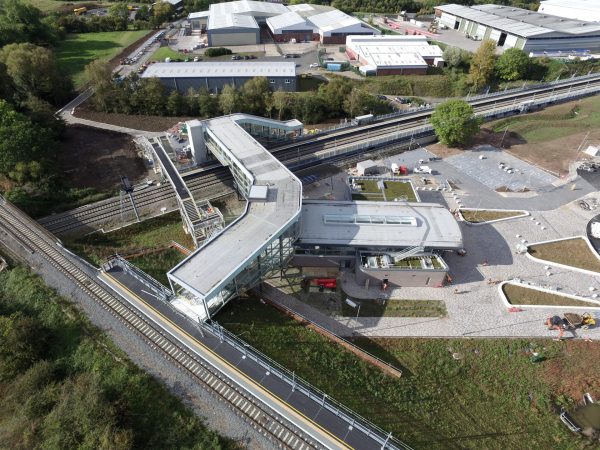 Worcestershire Works Well is delighted to confirm that St Bede’s...

Video Transcript ” Happy New Year and welcome to the...