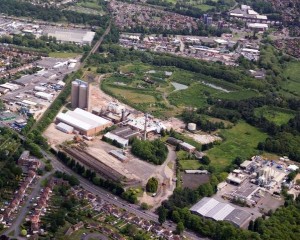 The Government has now published its final ‘Assisted Areas’ map that confirms which areas of the UK have been awarded ‘Assisted Area’ status and thereby eligible for higher levels of grant support.  Typically, this is dispersed via Regional Growth Funding to support incentives that are using private sector investment to create economic growth and jobs.

The Districts in Worcestershire recommended to benefit from ‘Assisted Area’ status coincide with three of the ‘Gamechanger’ sites recently included in Worcestershire Local Enterprise Partnership’s Strategic Economic Plan (SEP).   Redditch Eastern Gateway, South Kidderminster Enterprise Park and Worcester Growth Corridor have been identified as being central to Worcestershire’s future economic development and success.    Today’s announcement will offer added incentives for businesses planning to grow or invest in Worcestershire, particularly in these Gamechanger sites.

Peter Pawsey, Executive Chair at Worcestershire Local Enterprise Partnership, says: “Being given  ‘Assisted Area’ status will make those parts of Worcestershire more attractive for inward investors.  The grants will make an important contribution to the local economy and ultimately to UK growth.”

More than 200 members of Local Enterprise Partnerships (including Worcestershire’s), local authorities and businesses were involved in the consultation.  Their comments have informed the  Government’s  review of the  ‘Assisted Areas Map’ to identify areas that will benefit from additional regional aid and which have been selected on the basis of a combination of economic need and economic opportunity.

The final map has been submitted to the European Commission for approval and a decision is expected by the end of May.