Congratulations to this year’s Worcester Sixth Form College Young Enterprise team, Athena, who won Best Company at the West Midlands Regional Finals on 6 June and progressed to the National Finals in London on 18 June.

Sadly, they did not finish in the top 3 at the finals, but to be one of 14 finalists out of over 1000 companies who participated in Young Enterprise this year was a fantastic achievement. Reaching the National Finals was the first time in 17 years that a group from South Worcestershire had progressed to this stage. Yasmin Li did, however, win the Outstanding Achievement Award for best Managing Director. Worcester City Council were so impressed with the team’s performance that they kindly awarded a grant of £1,200 which enabled the entire team to travel to and stay in London.

At regional level Athena scooped prestigious awards for the innovation and creativity of their product, ‘My Amego’ which is a children’s toy that promotes mental wellbeing and builds emotional and communicative skills. The toy is a small plush character with a series of coloured pompoms corresponding to emotions. The team say that the child can zip the emotion they are feeling up and the caregiver can later discuss their feelings with them. It is intended that this will help children who may find talking about, writing or expressing how they are feeling difficult.

Yasmin Li, Athena’s Managing Director, said: “We were so honoured to represent Worcestershire and the West Midlands in the Young Enterprise Company of the Year Final. It was a dream come true and we worked so hard to develop the Amego, which we believe is a product that can really help children communicate their emotions and raise awareness of mental health issues. We are so grateful to Worcester Sixth Form College, Worcestershire County Council and our sponsors, Neil Westwood from Magic Whiteboard and Aurora Graphics & Displays for their support throughout. We have learnt so much about setting up and running a company from the Young Enterprise Scheme. The experience has been invaluable and we hope that we can continue to build on our success to date.”

Edward Senior, Principal, commented: “I am extremely proud of the achievements of our Young Enterprise team – not only their business acumen, maturity and hard work, but also the fact they chose to champion such an important issue for young people. The way in which they have investigated the usefulness of their product by visiting nurseries, primary schools and special schools is particularly admirable. I am grateful to College staff, Sue Viner and Mark Snow, who have supported the team throughout the year both in College and at external events.” 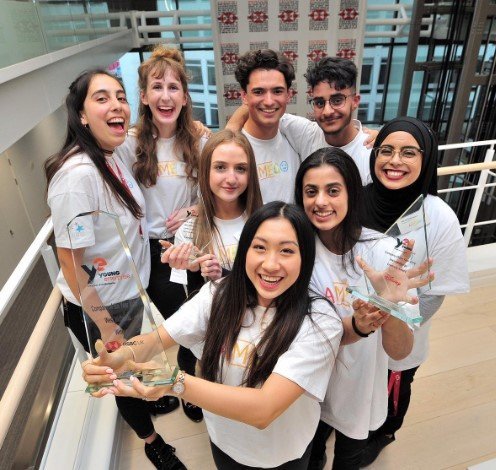