drp, winners of the Worcestershire Apprenticeship Awards Employer of the Year 2016, is encouraging local businesses, schools and training providers to enter this year’s awards.

Kidderminster-based drp, has gone from strength to strength since winning last year’s Worcestershire Apprenticeship Awards and the company is now encouraging other companies to enter before the 30 June 2017 deadline.

Since winning their award last year, drp has continued to invest in their team, business, and facilities. 2016 saw drp deliver one of its most prosperous years to date, and over £250,000 of investment went into the team’s professional development, such as training and apprenticeships, as well as £200,000 in leadership and client insight, which is continuing this year. Their head office in Kidderminster saw an incredible expansion, doubling the complex in size with £650K spent on new facilities and technology.

The Worcestershire Apprenticeship Awards, now in its fourth year, has consistently attracted an audience of over 300 attendees, with hosts including Nick Hewer, Steph McGovern and Tim Campbell MBE.

Twelve awards will celebrate some of the county’s most successful apprentices, schools, training providers and apprentice employers. The 2017 Worcestershire Apprenticeship Awards will recognise excellence in the following categories:

Sponsorship opportunities are available and tables are now on sale for the awards which will take place on 16 November 2017 at West Midland Safari Park.

Dale Parmenter, CEO at drp, said: “I was delighted to receive last year’s Apprenticeship Employer of the Year award, as it recognised the technical skills and hardworking attitude of all of our apprentices, who have played a significant role in helping drp to grow. We are always investing in the training and development of the drpteam, to ensure that we maintain our staff retention levels and excellent communications capabilities. I would strongly encourage other employers to enter their business in the awards.”

Gary Woodman, Chief Executive of Worcestershire Local Enterprise Partnership, said: “Many employers from across the county have been able to expand as a result of employing apprentices and the Worcestershire Apprenticeship Awards is a great opportunity to celebrate the positive impact that apprentices have in the workplace.

“The awards are always very popular within the local business community and, with a limited number of sponsorship opportunities available, I would encourage local businesses to consider the awards as a fantastic opportunity to profile themselves.”

Clare Marchant, Chief Executive of Worcestershire County Council, added: “I always enjoy the Worcestershire Apprenticeship Awards as a great way of celebrating the successes of our local apprentice-employing businesses. Having attended all of the previous awards, I have seen the incredibly positive impact that apprentices are having in the workplace and I am pleased that so many businesses have been able to draw upon the skills of our young apprentices.

“I would urge all of Worcestershire’s apprenticeship employers to enter the awards and celebrate your business achievements.”

Completed nominations, enquiries for sponsorship opportunities and table bookings for the awards should be sent to awardsnominations@worcestershire.gov.uk. 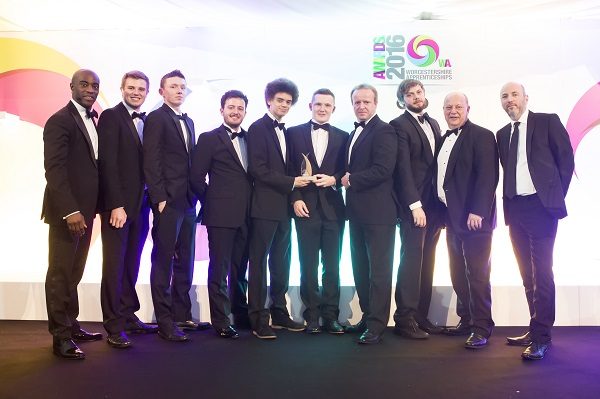