The Community Housing Group, winners of the Worcestershire Apprenticeship Awards Employer of the Year 2015, is encouraging local people, schools, businesses and training providers to place nominations for this year’s awards.

Nominations for the Worcestershire Apprenticeship Awards 2016 are open until 30 June 2016 and the Kidderminster-based business, who won the overall employer award last year, is encouraging others to have the chance to follow in their success.

Tables are now also on sale as well as sponsorship opportunities for the awards which will take place on 17 November 2016 at West Midland Safari Park.

The Awards, now in their third year, have been previously hosted by The BBC Apprentice’s, Nick Hewer, and Broadcaster, Steph McGovern, and consistently attract an audience of over 300 people.

This year Tim Campbell MBE, business owner and winner of the first series of BBC’s The Apprentice, will host and present the 12 awards to celebrate some of the County’s most successful apprentices, schools, training providers and apprentice employers. Since winning The Apprentice, Tim went on to work for Alan Sugar for three years, leading Amstrad’s foray into the health and beauty market, before founding the Bright Ideas Trust, an organisation that supports young aspiring entrepreneurs with advice, encouragement and investment.

The 2016 Worcestershire Apprenticeship Awards will recognise excellence in 12 categories:

Vikki Greenfield, Head of Learning & Development at Vestia Community Trust, said: “The Community Housing Group invests in apprenticeships as we believe that apprentices are key to achieving the vision of the company as well beneficial to the individuals. It was fantastic to be recognised as the Worcestershire Apprenticeship Employer of the Year 2015 and receive such recognition through the awards. I would encourage everyone to ensure they place their nominations by the deadline.”

Gary Woodman, Chief Executive of the Worcestershire Local Enterprise Partnership, said: “The Worcestershire Apprenticeship Awards is a fantastic event and a great way to celebrate the successes of our local apprentices, apprentice employers, schools and training providers and so please do place your nominations.

“Apprenticeships play a vitally important role for our local workforce, helping businesses to meet their future workforce requirements and increase productivity. A wealth of support and advice is available on the Worcestershire Apprenticeships website for anyone considering employing an apprentice at www.worcsapprenticeships.org.uk.”

Cllr Dr Ken Pollock, Cabinet Member with Responsibility for Economy, Skills and Infrastructure at Worcestershire County Council, added: “I would encourage employers to make their nominations for the Worcestershire Apprenticeship Awards and help celebrate and further improve the already fantastic apprenticeship opportunities that we enjoy here in Worcestershire.

“I look forward to being able to recognise and celebrate the achievements of the County’s apprentices at the awards ceremony on 17 November.”

Completed nominations, and enquiries for sponsorship opportunities and table bookings for the awards should be sent to awardsnominations@worcestershire.gov.uk. Join the conversation on Twitter using #WorcsApprentice. 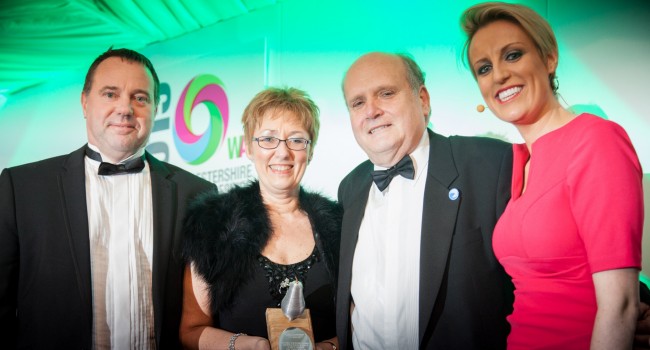 An event looking at the business opportunities in agriculture and...

After 18 months, the Chamber Business Expo is back on...

The Herefordshire & Worcestershire Chamber of Commerce were delighted to...