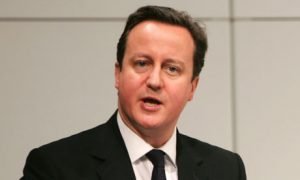 “There is something special going on here in Worcestershire,” says Pawsey, “ Over the past year or so we have really seen all our partners, local authorities, businesses and third sector alike, get behind a common vision and a proactive outlook for the county.  For far too long Worcestershire has had a culture of contentment.   Now we have generated a collective drive to achieve even greater things for Worcestershire and it seems to be working.  There is a positive approach to further development across the county and key new employment sites have been identified and in two cases they are already well under construction.  The County Council has also recently announced several major investments in the county’s infrastructure including improvements to Worcester Southern Link Road, the completion of Kidderminster’s Hoobrook Link Road and the new railway station at Bromsgrove.

Latest job statistics for Worcestershire show that the county has last month seen a further decrease of 428 or 5.3% in the number of Job Seeker’s Allowance claimants.  At 7,636, this is the lowest since October 2008 and there have been improvements in all six Districts of the county, including in the 18-24 year old category.

Worcestershire has also seen growth in the number of apprenticeships with participants in schemes increasing by nearly 1,000 to 10,158, including a large number on Higher Apprenticeships.

Peter Pawsey continued, “These economic indicators are welcome news and we are delighted that the Prime Minister has recognised the county’s achievements.  There is still much work to do, and we will certainly not be complacent, but I think we should take heart from the statistics and welcome the Prime Minister’s positive comments.  Worcestershire LEP cannot, of course, take all the credit for these improvements, however we believe we have acted as a catalyst, encouraging partners in both the private and public sector to come together to develop initiatives that will benefit the county as a whole.”