Construction of a 140,000 sq ft headquarters building at the £120 million Worcester Six Business Park is underway.

Stoford Developments gained planning consent from Wychavon District Council to build the unit after securing Kimal Plc as the first company to commit to moving to the prestigious site. Kimal Plc has agreed to locate its new headquarters at Worcester Six, located off junction six of the M5 near Worcester. Worcester Six will provide 1.5 million sq ft of accommodation and create up to 5,000 jobs.

The company, a market leader in developing and manufacturing a range of innovative products and procedural solutions for the healthcare sector, has agreed a 15-year lease for the £13 million unit. Contractor Benniman expects to reach practical completion in Q3.

Stoford director, Gerard Ludlow, said: “It’s wonderful to see work start on Kimal’s excellent new headquarters here in Worcestershire. Worcester Six business park has been selected as the preferred site for Kimal’s new facility due to its first class communications and proximity to the company’s existing employee base. It represents a major commitment by Kimal to the Worcestershire area.”

Alan Press, Chief Executive Officer at Kimal, said: “The start of construction at Worcester Six is another step forward for Kimal and clearly demonstrates our continued commitment to the area which we first invested into in 1990. This impressive new facility  will help us realise our exciting growth plans.”

Kimal will invest more than £3 million in an initial fit out phase, with a further £3 million investment in facilities over time. It also has plans to create up to an additional 100 jobs over a period of time due to the increased capacity the new site offers.

Worcestershire County Council Cabinet Member with Responsibility for Economy and Infrastructure, Councillor Dr Ken Pollock said: “It’s great to see the work to progress Kimal’s arrival at their new home at Worcester Six is going well. As the first company to commit to moving on to the site, they’ve paved the way for a bright future at Worcester Six Business Park.”

Gary Woodman, Chief Executive of Worcestershire Local Enterprise Partnership, said: “We are delighted to see that work has begun on the Kimal site at Worcester 6. We have seen a large amount of interest in the location, and I’m pleased that Kimal will be the first of many exciting businesses to invest. The overall investment into the business park will aid the creation of 5,000 new jobs and help to significantly boost the local economy.”

Liberty Property Trust recently announced it had acquired the Kimal industrial unit as it embarks on an ambitious investment and development drive.

Unit 10A is the third industrial building in Liberty’s Worcester Six portfolio. It has already completed Liberty 45 and Liberty 163, a 45,000 sq ft unit and 163,000 sq ft unit respectively, which were built as a joint venture with Stoford as part of the first phase.

Jane Harrison, director, at Liberty Property Trust, said the acquisition forms part of a drive that will see the company seek to add a further half a million sq ft of industrial and warehouse space to its portfolio over the next two years.

Find out more about the Worcester Six business park here. 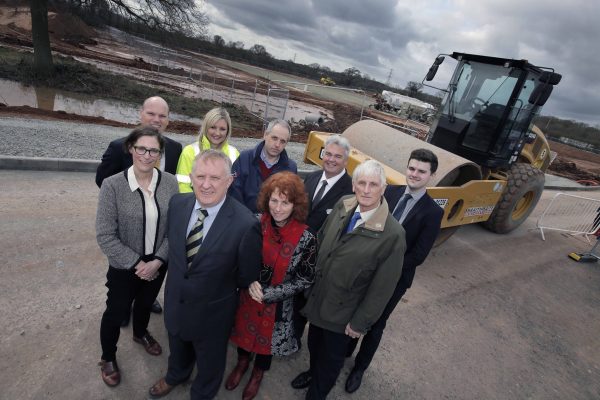