The Wireless Broadband Alliance, a leading organisation in support of the adoption of next generation Wi-Fi services across the Wi-Fi ecosystem, has announced the world’s first Wi-Fi 6 Industrial Enterprise and IoT trial, as part of its ongoing Wi-Fi 6 program. Mettis Aerospace, a designer and manufacturer of precision-forged, machined and sub-assembled components, primarily for the aerospace and defense industry, will work with WBA members to test several use cases* on a Wi-Fi 6 network at its 27-acre West Midlands facility.

The trial, the first of a series of global trials, will enable the use of augmented reality, real-time monitoring of equipment, and a host of other applications in an enterprise network environment designed to digitize Mettis’ production line. Mettis Aerospace is a key supplier for organisations like Airbus, Boeing and Rolls-Royce.

The Mettis Aerospace environment is challenging from a connectivity perspective, with a large geography to be covered, and industrial radio interference that can disrupt signals. Some applications will require high bandwidth, others low latency and mission critical applications need clear prioritisation for data. Wi-Fi 6 is well-positioned to support the provision of cost-effective enterprise-level connectivity in this industrial environment, to these standards using the latest security capabilities.

Tiago Rodrigues, General Manager, WBA said: “Wi-Fi 6 is a critical component for the future of connectivity for enterprises, operators and consumers. The work of Mettis Aerospace, the WBA and its members will clearly illustrate the role that Wi-Fi 6 has to play, We’re delighted to be working with Mettis Aerospace and are grateful to the Worcestershire Local Enterprise Partnership for inviting us to collaborate with them to demonstrate the capabilities and promote the convergence of 5G and Wi-Fi 6 in heterogeneous networks. This first trial will serve as an example to industrial manufacturers around the world who are embracing the move to ‘industry 4.0’ about the capabilities to deliver transformation with Wi-Fi 6.”

Dave Green, Head of IT, Mettis Aerospace added: “We’re delighted to be the first aerospace company to trial Wi-Fi 6. By working with the WBA, we’re able to gain access to dozens of leading vendors and operators in the Wi-Fi arena. Industrial manufacturers work in incredibly complex environments, which can make cellular technologies challenging to deploy and operate effectively. We believe that Wi-Fi 6 has a significant role to play within the 5G ecosystem, enabling a range of, cost-effective, industrial applications.”

Mark Stansfeld, Chair of the Worcestershire LEP, comments: “We see 5G and Wi-Fi 6 as complementary technologies that will revolutionise industry on a regional, national and global scale. We recently announced the UK’s first live 5G factory trials in Worcestershire, in a landmark step towards the creation of smart factories, and it’s fantastic to also see the world’s first Wi-Fi 6 Industrial IoT trial go live in the county. This is an important step in the evolution of next generation technologies that will completely transform UK industry and an important step in establishing Worcestershire as an exemplar for manufacturing best practice for the UK and wider afield.”

The trial is being managed by the WBA and Mettis Aerospace, and supported by WBA members including British Telecom, Boingo, Broadcom, BSG Wireless, CableLabs, Cisco, HPE Aruba and Intel. It is scheduled to launch in the second half of 2019. For the latest deliverables of the WBA Wi-Fi 6 program and participants, click here.

Matt MacPherson, CTO Wireless at Cisco said “Wi-Fi 6 has inherent capabilities that enables wireless to be more deterministic, which is important for mission-critical IoT assets being used in manufacturing automation. When we look at mission-critical IoT programs, and accelerating digitization initiatives, we also need to keep security top of mind. The ability to enforce policy through Wi-Fi 6 scheduling and segmentation means much better control over these environments.  We are delighted to be supporting the Mettis trial and to demonstrate the power of Wi-Fi 6 in the very challenging environments typical to Industry 4.0 use cases.”

Gabriel Desjardins, director of marketing for the Wireless Communications and Connectivity Division at Broadcom said: “We’re excited and looking forward to supporting the world’s first Wi-Fi 6 IoT trial led by the Wireless Broadband Alliance and Mettis Aerospace. We are confident that Wi-Fi 6 technology will demonstrate exceptional performance and reliability metrics during this real-world deployment and deliver unprecedented value to the broader industry.”

Find out more information about this trial on the Wireless Broadband Alliance website here. 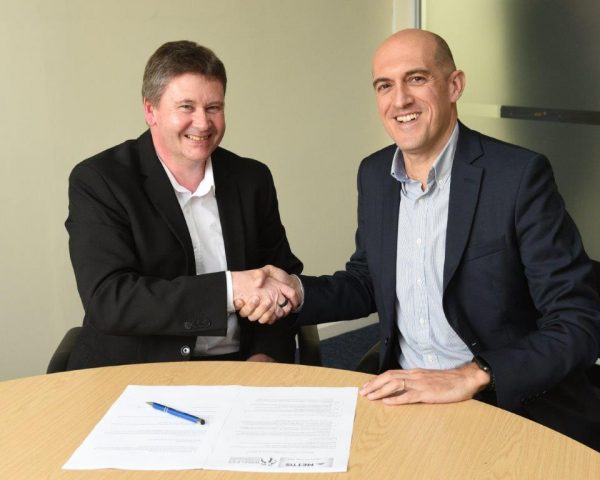 Last week saw the return of the successful HR Professionals...

As I have mentioned over the last few weeks in...

The most recent up to date snapshot of the labour...